Communities across the U.S. are faced with the question of just how to respond to the growing COVID-19 crisis set before us. While families are rushing to find the things they will need to survive for the next who knows how long, many have gone out to stock up on deadly guns and ammunition that are far from likely to actually keep us safe.

What we are seeing throughout the country is an influx of sales at gun stores. Customers have been lining up to grab everything from handguns to shotguns — so much so, that David Stone, an employee at Dong’s Guns, Ammo and Reloading, in Tulsa, Oklahoma told the LA Times, “When I say that sales have been booming, it’s an understatement.”

People aren’t just buying from brick and mortar stores either. Sites like ammo.com have shown a 68% increase in sales, and the FBI’s statistics on background checks further support the fact that firearm distributors are currently being flooded with buyers at an incredibly high rate. As a result, last February’s number of background checks in the country was so large that it joined the only two other months in United States history when there was a surge this large in firearm purchases.

One aspect of this uptick in purchases which grabs both my attention and concern is the increase in purchases from first-time buyers for the means of self-defence. According to Cole Gaughran, owner of Wade’s Eastside Guns in Bellevue, Washington, a lot of the purchases in his store have come from the Asian-American community. Given the deeply troubling rise in hate crimes against those of assumed Chinese origin, Gaughran went on to tell The Trace, “The main thing I’m hearing is that they don’t want to get jumped because of their race.”

My initial fear when I heard of these new gun owners was that they might not know how to safely operate the firearms they have recently purchased. The more lasting fear I have, though, as an advocate for a future safe from gun violence, is about the guns in homes in the first place. Research has found time and time again that firearms in the home significantly increase occurrences of suicide, homicide, and unintentional shootings. It’s something that LA County Sheriff Alex Villanueva is well aware of and addressed at a recent press conference by saying, “Buying guns is a bad idea…you have a lot of people now who are at home, normally they’re not, cabin fever sets in and you have a crowded environment — weapons are not a good mix.”

The Harvard T.H. Chan School of Public Health has said, “Every study that has examined the issue to date has found that within the U.S., access to firearms is associated with increased suicide risk.” Furthermore, “suicides were almost twice as high in the high-gun states, even though non-firearm suicides were about equal.”

A similar spike can be seen when it comes to violence within a household. In states with higher rates of gun ownership, people are at greater risk of being killed by family members. Unfortunately, this impacts women the most, and it’s been shown that with each 10% increase in households with firearms there was a 13% increase in domestic firearm homicides. This has a disproportionate impact on Black, American Indian/Alaska Native, and Hispanic women – but because of historic underreporting there is an alarming lack of information at this intersection.

In response to this surge I have been organising young people across the country. As students and as children we often can’t control our surroundings. We can’t stop a parent or adult from bringing a gun into the home, but we can speak up about the dangers that it brings to us and to our families. My hope is that together our young voices can shake up the conversation and make those potential buyers realise the impact of their purchase, and how that gun might end up in our schools, or hurting those closest to us.

The underlying point from this campaign is that a gun in this time of crisis will not solve anything. It will put you, your family, and your loved ones at a much greater risk. In order to protect our communities we must buy essentials like food and toiletries in moderation, but we can leave the guns and ammunition on the shelves.

“The thing about drag is, it’s like Pringles, once you pop you can’t stop”

“Great teams are made, not by individual players, but by how they work together for a common purpose”

The Birth of a Pan-African Rockstar 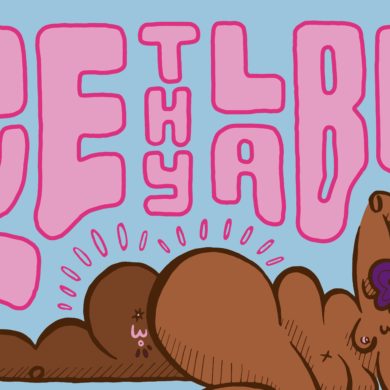