shado speaks to Alia Wilhem about the intersection of her art and politics, her DIY collage making and how collaboration is always key

Like many millennial teens, Alia Wilhelm spent much of her youth leafing through magazines, particularly Rookie Mag, Tavi Gevinson’s beloved magazine for teenage girls. However, unlike many teenagers, Alia’s fascination went far beyond that of a passive consumer.

Instead, Alia decided to learn to create and collage, inspired by the DIY style that the magazine was known for. After a lot of practice, Alia began her career, and eventually became a longtime contributor for the very same magazine which sparked her artistic journey.

Now, further on into her artistic journey, Alia has founded her own online magazine, Nearness, as a way of documenting various responses to changes brought on by COVID-19, and no doubt inspiring the next generation of artists and makers.

We caught up with Alia to discuss the intersection of her art and politics, how collaboration is always key and to discuss other creatives who are currently getting her excited.

What are some of the issues most important to you and how do you use art to reflect/respond to those issues?

I don’t personally use art to reflect on cultural or societal issues, at least not consciously. My work revolves more around memorialising a time in my life or a feeling I’ve been struck by. Sometimes the end result of a work like that can offer political commentary or cultural criticism, but in some ways I think my approach to collaging, photography and writing is more self-centred than that.

I guess that’s an aspect of art that can be quite interesting, conceptually, in that art is often the result of a personal process (and a very solitary one if we’re talking about collaging or graphic design, as opposed to a communal medium like film) but the work then lives a second life once it’s seen and interpreted by others. So, something that wasn’t necessarily born out of response to an issue can actually become that, depending on how people choose to relate to it.

Anyway! I’m going off on a tangent here. What I really wanted to say is that my process is probably much more superficial than this question gives it credit for. I feel strongly about what colours and textures work well together, and how aged or modern I’d like something to look, and these are my main considerations when I start on a project. I do feel strongly about my international background and my female identity and I think that whether I like it or not these aspects of myself do show up in my work but not necessarily because I’m willing them to.

I’m very interested in family dynamics, group psychology, gender, language and self-expression, what it means to belong, what it means for something to be beautiful. I highly doubt that this comes through in my work though, which I think is much more lighthearted. I have been writing a lot recently, so you’ll have to forgive this long, meandering non-response! 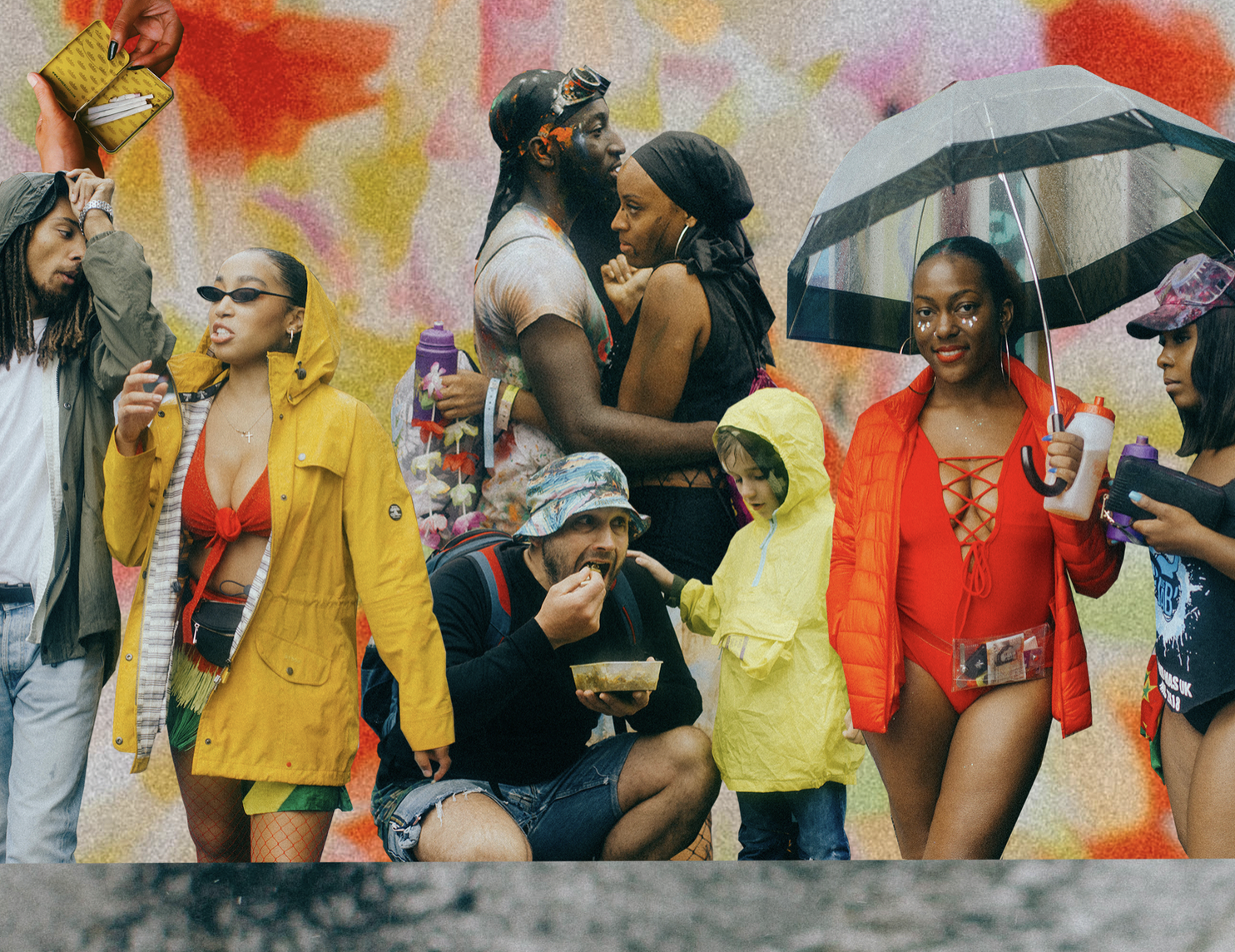 What does collaboration look like in your practice? What can it bring to your work and why is it important to draw connections and build relationships with the creatives around you?

I collaborate with artists all the time! Working with people makes work feel less like work, and I really enjoy the positive energy that comes from teaming up with others. As insidious as I think Instagram can be, I do love how many artists it has helped me to discover. There are a seemingly infinite number of illustrators, ceramicists, filmmakers, interior designers, writers, editors, curators, photographers and collage artists on there, and I’ve found many of the artists I’ve worked with that way. Though we’ve never met, in creating work together it feels like we’ve taken a step towards friendship. I curate and print a calendar every year, with each month designed by a different artist, and I’ve been doing that since 2018, so I’ve built up a little community through that.

I also co-founded an online publication with Anna White (another artist I’ve never met in real life) during the pandemic. We spent the year curating artwork, commissioning and editing personal essays, playlists and collage kits, and that experience of bringing artists and writers together was very meaningful to me during a time where I felt, in other ways, very isolated.

I think collaboration, for someone who leans towards extroversion the way I do, is as rewarding as it is enjoyable. I love the solitary nature of writing and picking out images to use in a collage, but I also get so much joy out of feeling like I’m part of a community.

Can you tell us a bit more about your collage work? How did this practice develop?

Everything started with Rookie Mag for me. I’d never seen collages until then and had never really appreciated art, fashion or movies until I started reading Rookie. That was where my interest in homemade, hand-drawn, DIY-style art was born, and I was so inspired that I wanted to emulate it. I was really obsessed with collages by artists like Emma Djaska and Minna Gilligan – you could really feel the glue and the colouring pencils just by looking at their work – but then it was all displayed on a digital platform. Something about that irony really appeals to me.

I started trying to use Photoshop, which was a pretty scary world to be diving into on my own, especially because I was kind of technology-averse and sort of freaked out by the whole thing altogether, but eventually (after a lot of things exported in very strange file formats) I got good enough at it to enjoy it and to feel like I was in control. When I started contributing to Rookie, I finally had the opportunity to figure out what kind of a look I wanted to achieve in my work and I was also creating it for my ideal audience.

What do you think are some of the biggest problems that still exist in the industry when it comes to gatekeeping and representation?

Well, it’s all related, I think. The problems within this industry aren’t so different from the problems in the world at large. Being an artist definitely isn’t synonymous with being rich, unless you get very lucky or have many connections to begin with, and I think it’s often something you have to do on the side before you can make any money from it at all. Not everyone has that luxury, and so from the get-go it’s not a career path that’s available to everyone. That affects what art is readily available out there – what books we read, what characters are featured in them, what images we see and who is pictured in them. And then that trickles down to the people reading the novel or seeing the film and sends a certain message, especially over time, about what’s within reach. If you don’t see yourself in any of the media you’re consuming, or you see yourself portrayed negatively over and over again, how are you supposed to imagine a future for yourself?

Has this been an experience you have also felt in your own career?

I don’t think I am far enough into my career to answer this with a resounding yes or an empathic no, and I also think it’s impossible to know when so many of the people I’ve been hired by I’ve only met by email. I have been lucky, I think, to work on film projects where so many of the heads of departments are female – on my first project, the 2020 adaptation of Jane Austen’s “Emma”, the locations manager, first assistant director, production designer, costume designer, co-producer, script writer and director were all female. That was a very beautiful thing to be a part of!

Who are some of the most exciting artists you have spotlighted recently? What inspires you about the global creative community at the moment?

I loved collaborating with Dror Cohen recently on a newsletter for WeTransfer. I really love Joey Yu and Jazz Grant’s work. I am forever obsessed with Courtney Knight and Rayada, also Ilyes Messaoudi, Areeba Siddique and Vartika Sharma. I feel like there is so much beautiful work being made right now – it feels very alive out there!

I am considering taking a few months off and trying to concentrate on writing a book that I have been working on since last summer. It’s slow-going, trying to do an hour every day on top of work, and I’d like to spend time freelancing in the spring so I can be based in London. I’ve been away from home for my last job, and I’m excited to spend some time in my kitchen writing and making collages. 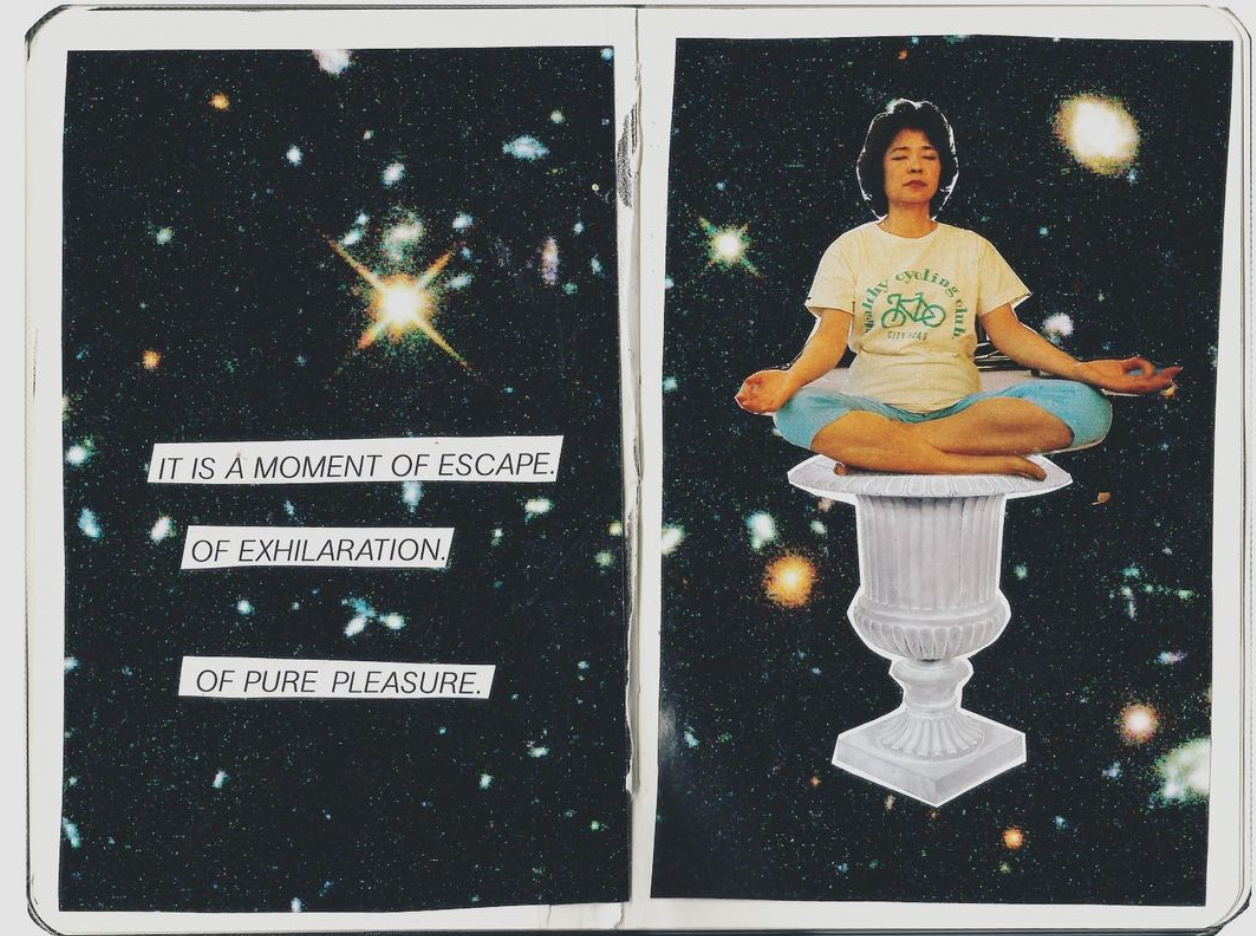 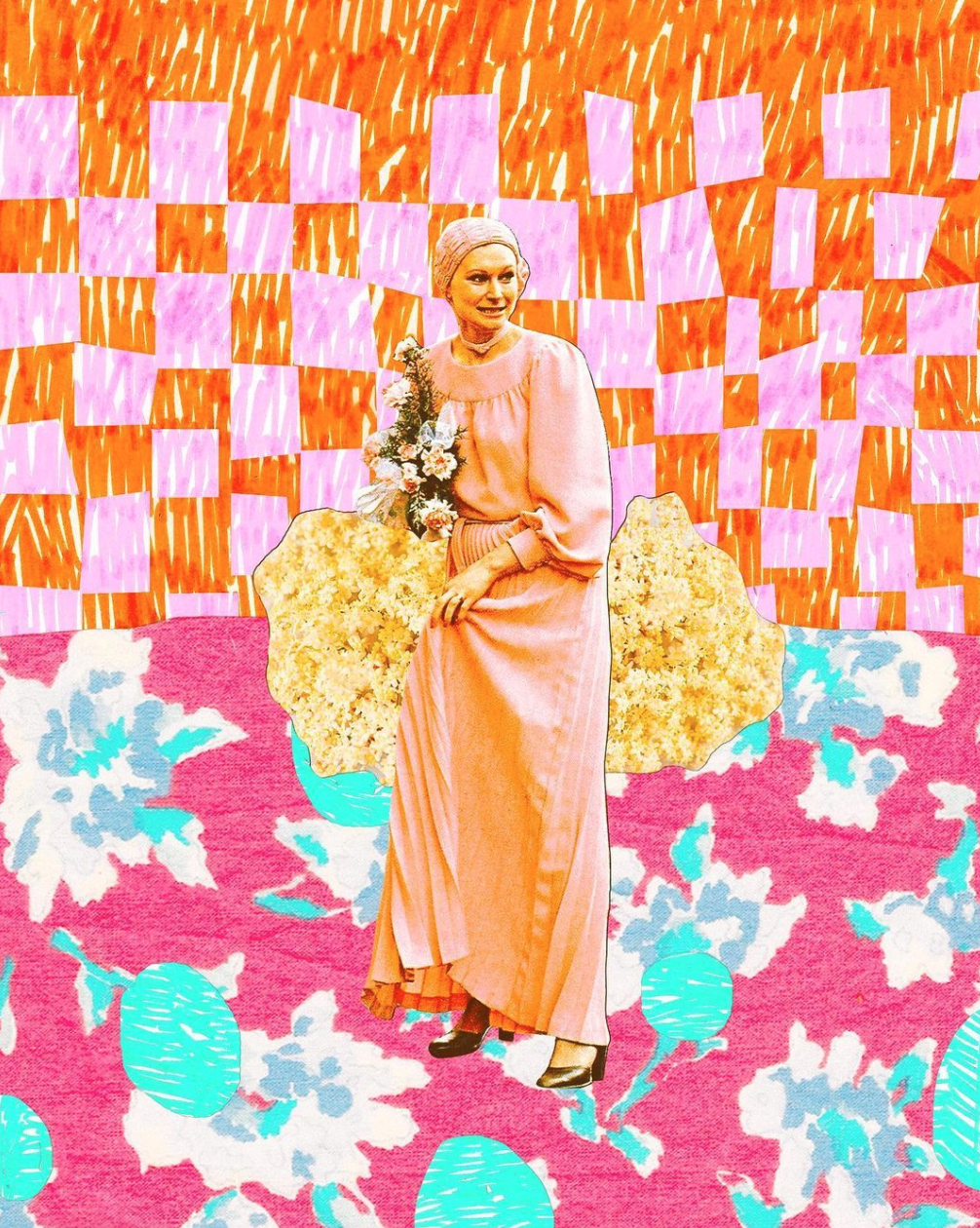 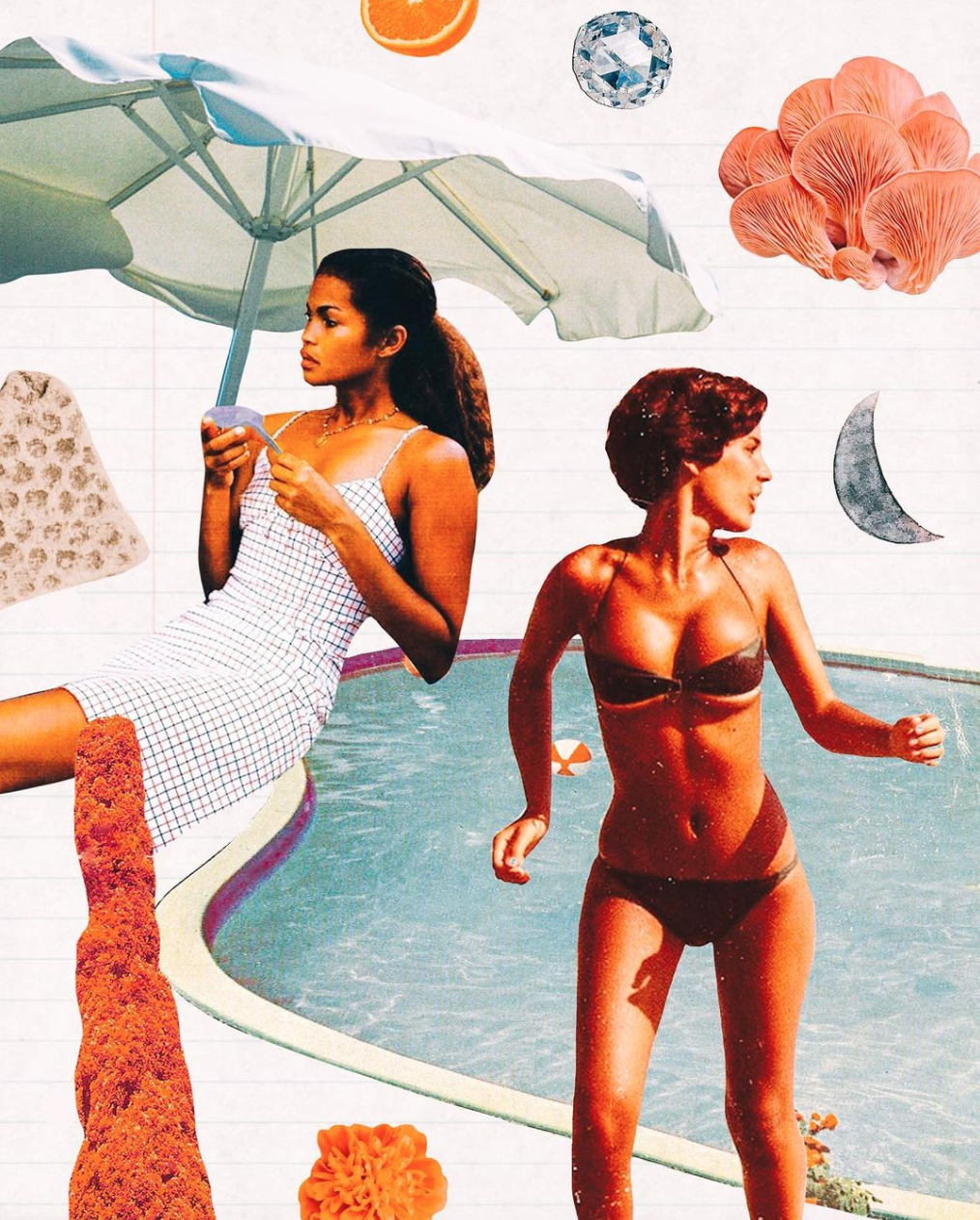 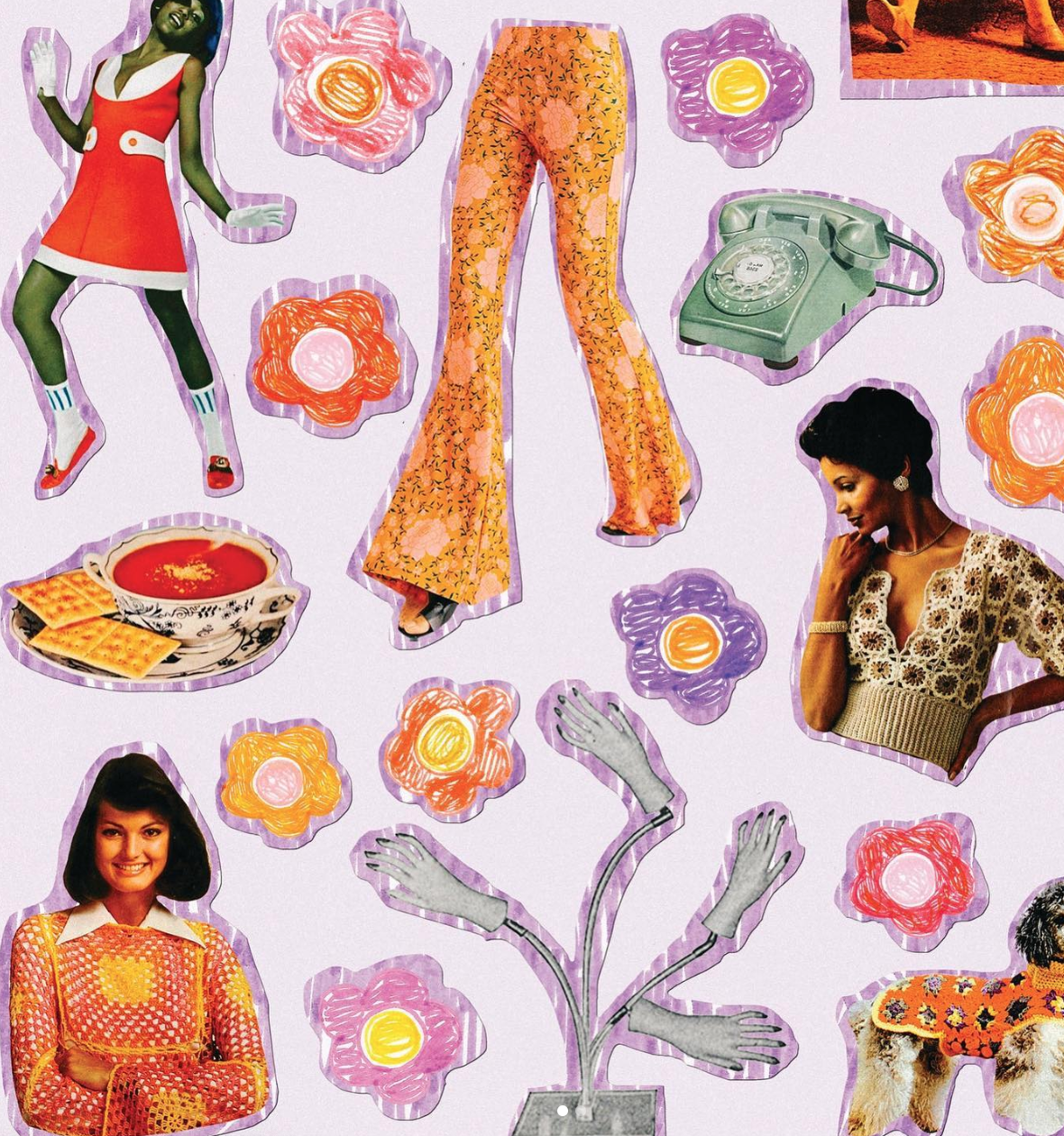 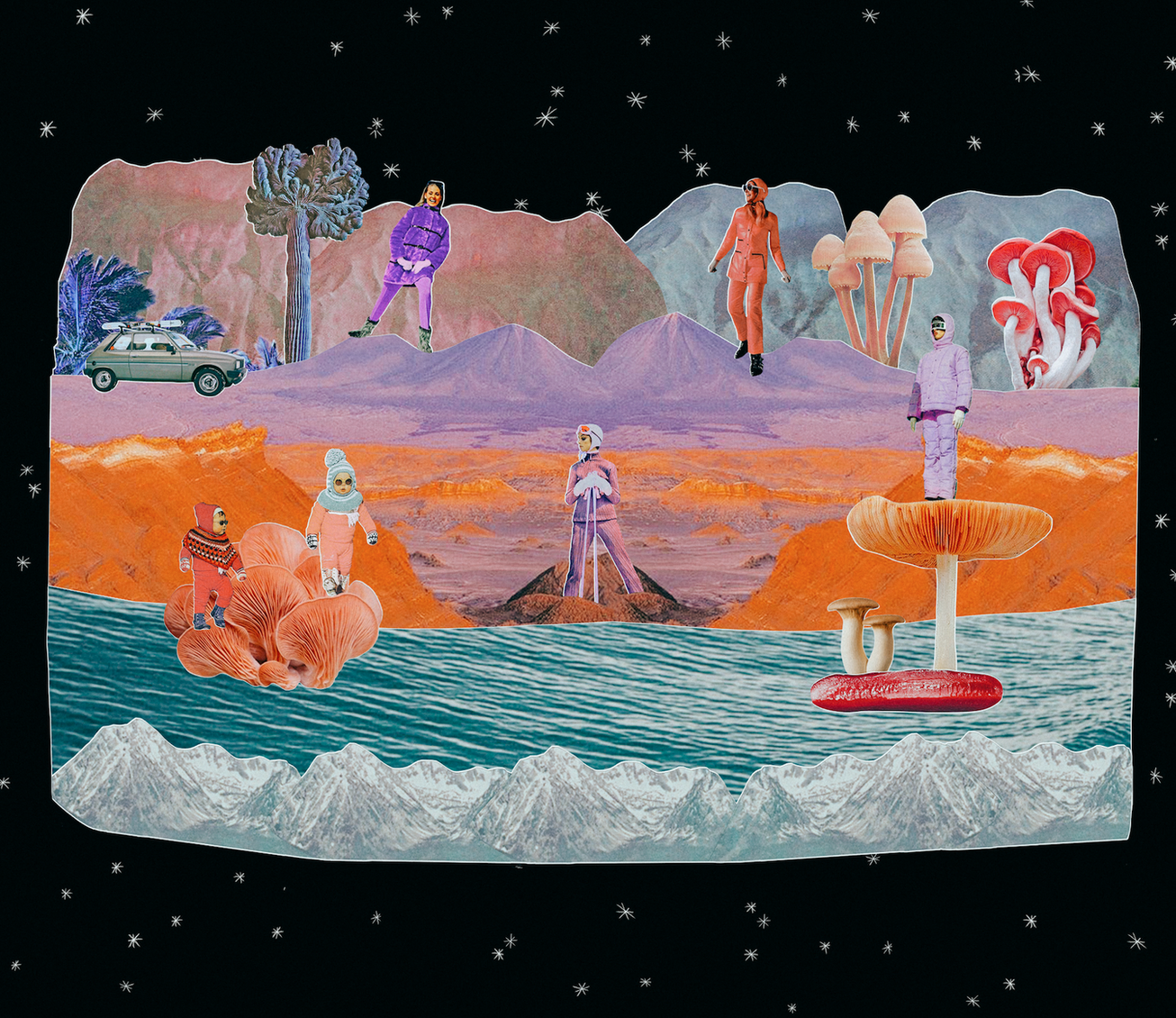