A peasant is an intercultural and historical subject, with significant memories, knowledge, and practices which are established through family and neighbourhood life for the production of food, common goods, and raw materials. Peasants have a multi-active community life linked to the land and integrated with nature and the territory”.

My family are, and always have been, peasants. However, despite the term in its purest essence meaning a person linked with the land, its identity has been distorted by modernisation, classism and racism. Therefore, because this way of life has been under continual and systemic threat, to be a peasant in modern Colombia now means to be a person by necessity devoted to resistance, solidarity and agency. As such, our community has been and will continue to be vital in facing and tackling the climate crisis.

I’m a Colombian climate activist and a fundamental part of my message is strongly influenced by the peasant perspectives that I’ve grown up with. However, it has been a challenge talking about them in English. When I first tried, I couldn’t find the right translation, since “farmer” in English suggests technical and industrial practices, something that doesn’t resonate with my concept of my family. I then tried using “peasant”, but was frequently told that this was  derogatory, or it was perceived as an old-fashioned term which died out after the advent of the industrial revolution. Stuck as to how I could describe my family to my anglophone friends and peers, I decided to further investigate the etymology of the word ‘peasant’. And what I discovered went against the majority of what people had been telling me. I learned that even in the Global North, people who identified as peasants hadn’t died out in the 1900s – and in fact there are peasant communities still alive in Europe today. More importantly, I found that these peasants too subscribe to the common aim pursued  by peasants around the world, including my own family: to deconstruct the concept and demonstrate the rightful pride of being a peasant.

In Colombia, peasant communities are key to food sovereignty as they provide 84% of the food consumed throughout the whole country. However, despite their necessity, they are a group which have been deemed invisible by wider society and have faced discrimination and classism for centuries. According to the National Administrative Department of Statistics, 70% of peasant households have low educational attainment and 87% are made up of informal workers. This overwhelming statistic clearly illustrates societal bias stacked against those in the peasant community, resulting in their barring from some basic human rights.

In the same way peasants are subjected to high levels of poverty, we are also disproportionately affected by climate change. Working with nature is peasants’ main source of livelihood, but due to the crisis generated mainly by the richest 10% of the population, nature is drastically changing. The climate has become erratic: rainy and summer seasons have started to blur, cold days now bring frosts and hot days bring droughts, with both scenarios destroying the crops and starving the animals. As a result, crop yields are continually lower, more erratic and less sustainable. On top of this, even if the harvest is achieved, sometimes it is cheaper for peasants to leave crops in the ground to rot rather than attempting to sell them due to market saturation by cheaper processed food imported from Europe, China or the United States.

Peasants contribute enormously to Colombia’s national identity by keeping alive ancestral knowledge and traditions that have been in danger of disappearing since colonisation in 1492. We can actually also trace back the beginning of the climate crisis in Colombia to that date as it was the Europeans who brought with them the idea of nature as an inexhaustible and exploitable resource, something that is only beautiful and useful once it has been intervened with. With that excuse they have stolen gold, iron, coal, oil, water, and other natural resources in an unbridled way, leaving a poisonous trail of pollution, poverty, violence, and inequality. This is why peasantry communities continue to fight back against the presence of mega-projects (developed and funded by Global North entities) that destroy nature.

Nevertheless, defending nature in Latin America also means exposure to violence and persecution: we are the most dangerous region for environmental activism and Colombia is the deadliest country in the whole world to do so. Ursinio Tocarruncho, a peasant and Indigenous environmental defender from Cómbita (my parents’ hometown) describes some of the challenges: “Money; you stop working to engage in activism, so you do not earn an income. Security; you start making enemies and receiving insults and life threats. Discouragement; as most of the time nothing is achieved. Lack of organisation; because there’s no time or money to work on it. And education; academic knowledge about policies and laws is needed so you can speak  the language of the oppressor and win with strong arguments”.

Despite the hardships associated with being a peasant activist, outlined by Tocarruncho above, there has been effective and large scale lobbying and organising by the community.  This is best exemplified by the clear aims of the movement set out by National Coordinator of Women of the Peasant Reserve Zones in 2019: “We are confident that our fight is  against a capital that expropriates and destroys our territories (…) we resist the expansion of the extractivist model and the imposition of monocultures and economies of death that create strategies of war and violence”. There is also solidarity amongst historically marginalised groups in the region, as we are fighting the same fight against colonialism. As the late Indigenous Colombian leader Cristina Bautista Taquinas said, “If we keep silent they kill us and if we speak up, they also kill us. So we speak.” Taquinas was murdered defending her community’s land in 2019.

A colonial hang-up: how the need to speak English is gatekeeping the climate movement

It is important to recognise the claims, fights and struggles of the different ethnic communities, to be aware of their active role in the climate crisis, and, most importantly to begin with, to name them. In my activism, it is important to return to my peasant ideals, to show peasants are not part of the past. It is actually the contrary: they are on the ground defending their lands, resisting the oppression of the multinationals and the oblivion of the state. Even though they are “under threat of  extinction”, as Robert Daza (a peasant from Nariño, the most violent zone of Colombia) said in 2016, peasants are essential for the social, cultural, economic, environmental, political and historical spheres in Colombia and worldwide, therefore they play a fundamental role facing up to the climate crisis.

In this process of rescuing my peasant roots and making their demands mine, decoloniality has been an essential tool because it implies challenging your beliefs, desires, actions, and privilege, in order to dismantle the hegemonic paradigms that were birthed by colonisation. This theory is therefore rooted in the importance of elevating and reviving knowledge, culture and history that has been invisible to our eyes since we were blinded by the spectacularity of capitalism, Eurocentrism and modernity. And these three are the main causes of the current socio ecological crisis.

The process of decoloniality exposes climate change as a consequence of colonisation. The climate emergency is putting at risk the survival of endless cultures, wisdoms and histories, just like colonisation did 500 years ago. We must spotlight the need to question and reconstruct ourselves on a personal and collective level, acknowledging that our mind is also colonised, regardless of the country you were born in. Therefore, to remember and learn from the peasantry is at the heart of the climate movement in Colombia, MAPA countries, and the rest of the world. 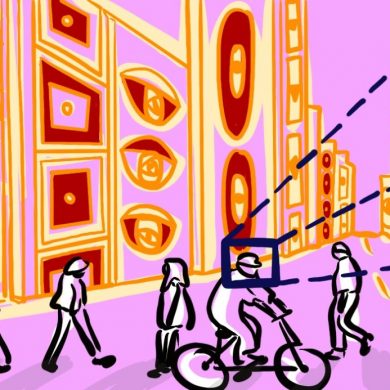