Navigating between a rock and a high place: Highlighting the resilience of women farmers in the Jamaican Blue Mountains

Dubbed by many as ‘liquid gold in a cup’, Jamaican Blue Mountain Coffee is world renowned for its unique flavour profile and aroma. Grown in the rugged  interior of Portland, St. Thomas and St. Andrew, the crop is the mainstay of the livelihoods of some 4,167 registered farmers who cultivate and harvest the beans, ensuring their development from seed to cup. Despite the high prices the Blue Mountain Coffee attracts on the international market, these small producers have often complained about being underpaid. According to the Jamaica Coffee Exporters Association (JCEA), green beans have retailed on the local market at an average cost of $US8 per pound, while according to farmers’ reports they received an average of $US21 for a 10lb box of coffee beans – an average of $US2 per pound for their unroasted beans. These predominantly resource poor smallholders who are often constrained by a myriad of factors including landlessness, high input costs, limited access to technology, the prevalence of pests and diseases and bushfires, have further lamented that coffee production is no longer a profitable venture for them, as the amount being offered per box of coffee is not even enough to pay for inputs. “Think about this, we would need to sell two to three boxes of coffee to be able to buy one bottle of pesticide. Can you imagine how many boxes we would need to sell to buy inputs, pay labourers/ pickers and still be able to have a profit. Many farmers are going out of it as it no longer makes any sense.”

The plight of these farmers is not new and over the past few years, especially with the proliferation of the coffee leaf rust disease (Hemileia vastatrix), farmers have not been able to acquire the expected income from the crop as the disease has reduced the overall yields. Compounded with the impacts of drought and bushfires, these farmers have endured major challenges impacting their lives, livelihoods and that of their families. Of those impacted, women farmers are at an even greater disadvantage given the dualistic roles they play in rural households. In addition to being farmers themselves and having to contend with the aforementioned challenges, they also play critical roles in the home tending to children, performing chores and maintaining the home. Their efforts are therefore concentrated both in the home and on the farms and in the event of a sudden shock or stressor they become doubly exposed. “As women we have to deal with the house as well as the little farm plots we have. It is not easy especially when you are a single-parent woman as you have to pay for labour, pay to carry the stuff out to the road to be sold, buy all the stuff that you need and then save some to take care of the home. It is really not easy”. The majority of these female-headed households therefore experience greater levels of poverty in comparison to those headed by men, further heightening the challenges rural women face.

Amidst these obstacles, women have emerged as climate champions in their individual communities advocating for change and soliciting support from external partners. Through their local community based organisations, they have been undertaking projects geared towards improving their well-being and farming capacities as well as engaging in the development of the communities. One such group is the Freetown Farmers Group led by a young woman, who through her work with the local extension service as well as external partners, has embarked on a castor bean project, secured a grant for the construction of a community farm store, provided agriculture related training to farmers in the community and assisted in the renovation of the local school. These activities have proved beneficial not only to members of the local farming group but the community members have also been able to partake in the activities, highlighting that the efforts are far-reaching. In hearing from one of the members of the group, it was expressed that: “Through the group the farm store was developed and it was something that was needed in the community to assist farmers so that we don’t have to travel far distances to get much needed inputs. We are happy it is now in our space.”

Another women-led group in the Blue Mountain region is the Fruitful Vale Benevolent Society which is considered among the most exceptional farmers’ groups in Jamaica. Established in an effort to improve education and awareness of climate change and further build the resilience of farmers, the group has been involved in a host of activities including training in climate smart agriculture, forestry restoration, animal husbandry, refurbishing community infrastructure and irrigation technology. These activities, though designed to assist the 26 registered members of the group, have also been extended to non-members within the community in an effort to foster inclusion and promote social capital. As highlighted by the President: “We are about building the community of Fruitfulvale as a whole…it is for us to build as farmers and as a district.”

Both cases illustrate that despite all odds women continue to showcase their perseverance and leadership qualities, especially in the fight for a sustainable future. Through their small efforts individual farmers and communities have been empowered and have been engaged in activities that promote climate smart agricultural practices. It is imperative therefore that more opportunities be created for women to access funding for their groups, build their capacities, access markets and carve out additional spaces for collaboration and cohesion between themselves and amongst external partners. 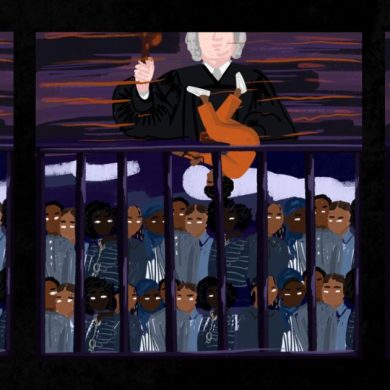