“Doctors have been sounding the alarm for years about the risk of an outbreak in overcrowded and unsanitary refugee camps” – what happens when the fear becomes a reality?

Hannah Robathan and Isabella Pearce in conversation with Help Refugees

“Stay at home” and “Wash your hands” have become the rallying cries of governments and citizens to stop the global spread of COVID-19. But what happens to those people for whom this isn’t an option? For the thousands of displaced people currently residing in refugee camps across the world, these actions are incongruous with their environment. The spread of the virus throughout overcrowded camps poses a huge threat to vast numbers of people, and an historical lack of government action has left those living in the camps without support from or access to local structures.

shado sat down with the team at Help Refugees to find out about the current situation and the adaptations being taken on by their projects across Europe, the Middle East and the Mexico-US border to continue their work with refugees and people seeking asylum.

What provisions are in place to support the thousands of people residing in camps in Europe, and what are the biggest challenges you’re facing?

To halt the spread of COVID-19 and to protect ourselves and our communities we have been advised to wash our hands regularly and to self-isolate. For a refugee living in an enormously overcrowded camp of 20,000 people, where each tap is shared with 1300 people, this is impossible.

Current conditions in refugee camps facilitate a rapid spread of the virus. Not only is there vastly insufficient shower, toilet, and hand-washing facilities, but there is also a desperate lack of healthcare, often with only one camp doctor treating upwards of 7000 people.

Our partners are on the ground working day in and day out to improve this situation. Thousands of hygiene items have been distributed, additional washing facilities installed, isolation units built, tonnes of rubbish removed daily, vital healthcare provided, and information and advice provided to camp residents. But so much more still needs to be done.

What has happened to Help Refugees volunteers across Europe who have been encouraged to stop working?

Our partners were working in crisis mode before COVID-19, and are used to having to adapt and innovate to get the job done. Some volunteers have returned to their home countries, but they continue to teach lessons online, entertain kids through YouTube performances, or advocate, raise awareness and fundraise. However, much of our partners’ work continues as normal, with additional safety measures in place, for the simple fact that if they were to stop, there would be no one else plugging the gap of these essential services: medical care, shelter, food.
Our partners are all following the strictest of safety measures and government guidelines in order to protect those who they serve and themselves.

What are the latest updates from doctors working on the ground?

Doctors have been sounding the alarm for years about the risk of an outbreak in these overcrowded and unsanitary camps.

In addition to cramped living conditions and limited access to water, camp residents often have lowered immune systems from stress, being exposed to the elements, and having poor quality, small portioned camp food.

We are doing everything we can to support medical actors to prepare for the eventual outbreak. To date there have been positive cases in two other smaller Greek camps, but none publicly declared yet in any of the larger Greek camps, in Serbia, Bosnia or for individuals sleeping in the smaller camps in Northern France; but this information is by no means definitive because so few people are being tested.

Doctors across the board are saying the same as our NHS workers. There is not enough PPE for medical staff, nor available beds, medics or ventilators to treat patients showing severe symptoms.

Where are the most high-risk locations and how many people are currently living there?

Moria camp on the Greek island of Lesvos currently houses 22,000 people and is one of the most densely populated places on earth. The facility is built for a capacity of approx. 3000 people with sanitation and wash facilities to match.

Idlib is also an incredibly high-risk area with more than 3 million people who have suffered multiple displacement living in close quarters. The medical infrastructure which has been under direct bombardment from Syrian and Russian airstrikes for years was already barely coping with the needs; they will not be able to cope with an outbreak of COVID19.

It’s not the most high-risk from a sanitation perspective but we’re painfully aware of the precarious situation many asylum-seekers and refugees living in the UK are in, especially those with No Recourse to Public Funds, and those who do not have secure housing:

People who were living in night shelters have now been accommodated in B&Bs on government direction. This has been a huge relief, as now people can self isolate in their room.

Our priority is to get people who are on no support back on support. This is a huge problem. Mutual aid groups have twice come to rescue destitute members but we are also aware the approach is not sustainable. We still have people who have to leave their charity rooms to go out to collect a warm meal once a day. Just this morning as I was making a round of calls to vulnerable members one said “my charity used to give me £5 a week but they’ve closed and don’t know what to do now”

Mental health has always been a huge challenge; the virus is just adding petrol on already burning fire, to be honest with you. However, Inini Initiative (BMA mental health specialists) are looking to continue to offer assistance via calls.

You’ve more recently started working with displaced people at the US/Mexico border. What are the challenges posed by COVID-19 here, and how are they different to those in Europe?

At the moment the number of identified cases in the US is higher than the number in Mexico, but as is the case everywhere, it’s unfortunately a matter of ‘when’ not ‘if’ the outbreak happens in Mexican camps. Our US-Mexican partners are offering what medical support they can and supporting community leaders in shelters with food, hygiene supplies and clothing. A huge amount of aid is regularly delivered by volunteers crossing the border; this is of course no longer safe, so teams are having to fundraise and send cash to purchase supplies in Mexico instead of gathering donations.

The two main aims for most grassroots teams on the border are:

1. Lobbying to get asylum-seekers out of detention centres, and fundraising to post bail for as many people as possible so they can return to their families instead of waiting for COVID-19 to reach them in detention
2. Improving sanitation and hygiene in camps and shelters as much as they can whilst socially distancing.

We’re supporting key medical volunteer teams wherever possible, and continue to fund ‘water drops’ in the desert between Tijuana and San Diego.

One of the main concerns in Mexico is how the government and infrastructure will be able to cope with an outbreak; economically, a significant part of the population is living hand to mouth and will not be able to feed themselves and their families if they are unable to work. We’ve already had reports that several hospitals along the Mexican side of the border are officially refusing to take patients with COVID-19 symptoms; as a result our partner operating in Matamoros is setting up a Field Hospital in the camp to care for mid-level severity patients. We can only hope the number of severe cases stays low.

The increasingly pressurised environment has also led to an increase in gang violence in some areas, with a rise in shoot-outs in Tijuana in particular.

When it comes to people arriving from international waters, what are the updates you’ve received from Refugee Rescue Team?

Refugee Rescue took the difficult decision to pause their operations due to COVID-19. They could not risk the safety of their crew, the safety of the people of Skala, and essentially, the health of new arrivals to the island. Sadly, with the current lockdown and travel bans, it would not be possible to respond at sea.

That said, arrivals continue to the islands. There were 358 arrivals to Lesvos in March alone. Since the Greek Government suspended asylum claims at the beginning of March, new arrivals have been detained separately from the general camp populations, whilst this suspension has now been lifted, we understand that new arrivals are still being kept separate in closed camps in order to screen for COVID-19.

What can people do to support your projects?

Faced with COVID-19, refugees need support more than ever. This week we launched an emergency fundraising appeal. Every penny raised goes directly to our partners on the ground, ensuring we can provide tens of thousands of hygiene items, increase medical support, further sanitation improvements and provide more emergency isolation accommodation.

Please do give what you can: https://donate.helprefugees.org/campaigns/coronavirus-appeal/

We know that this is an insecure time for many, so if you are unable to give this time, please tell others about the campaign.

The lack of protections in place for these groups seems to echo a larger problem of political indifference towards the human rights of refugees and people seeking asylum – how can individuals keep holding these governments to account amongst the noise of COVID-19?

The situation has in many cases held a spotlight to the lack of human rights for refugees and asylum seekers which is allowing pressure to be put on government departments and international bodies, even though we might not be able to go out and physically organise to campaign or protest together. Adding noise to the campaigns and petitions organised by grassroots organisations that are springing up each day is a really tangible way to help. Campaigns against political indifference and for the rights of refugees and asylum seekers are having small victories all the time and desperately need voices to elevate them.

The good news is that COVID-19 has shone a light on how much UK/European governments can do when pushed.
1. 8 EU states have pledged to take 1600 unaccompanied minors from the Greek islands as part of an emergency relocation programme: source
2. 300 asylum-seekers who were being held by the Home Office in detention centres have been released: source
3. In partnership with RefuAid, we’re lobbying the UK General Medical Council to expedite their acceptance of fully-qualified asylum-seeking medics who are waiting to join NHS staff. This is already getting a lot of traction! Petition here
4. A change in narrative from some – see Piers Morgan changing his tune here 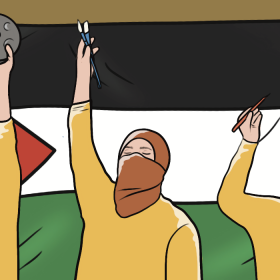 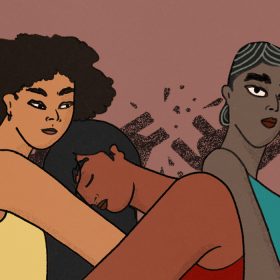 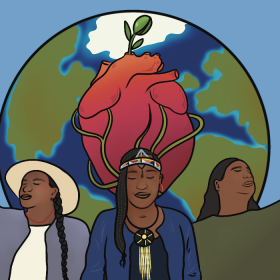 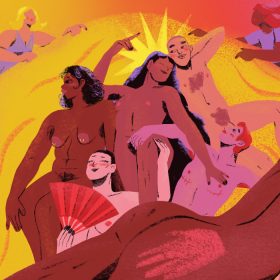 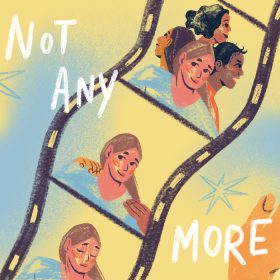 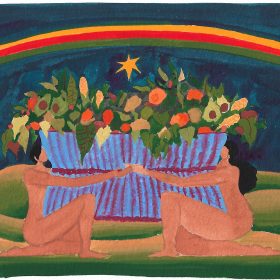 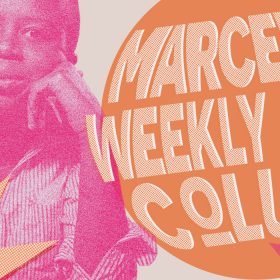 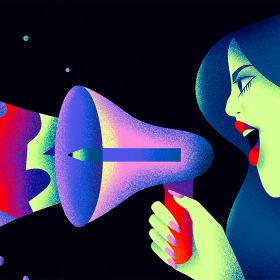 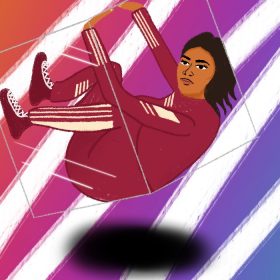