Community, archives and anarchy: how photos of Hackney in the 80s tell an important story for grassroots activists today

In 1983, the Rio Tape/Slide Newsreel Group was created as part of a community arts project that put the local people of Hackney both behind and in front of the camera. These photographs, rediscovered in 2016 hidden in the basement of the Rio Cinema in Dalston, tell a story of grassroots activism and community. 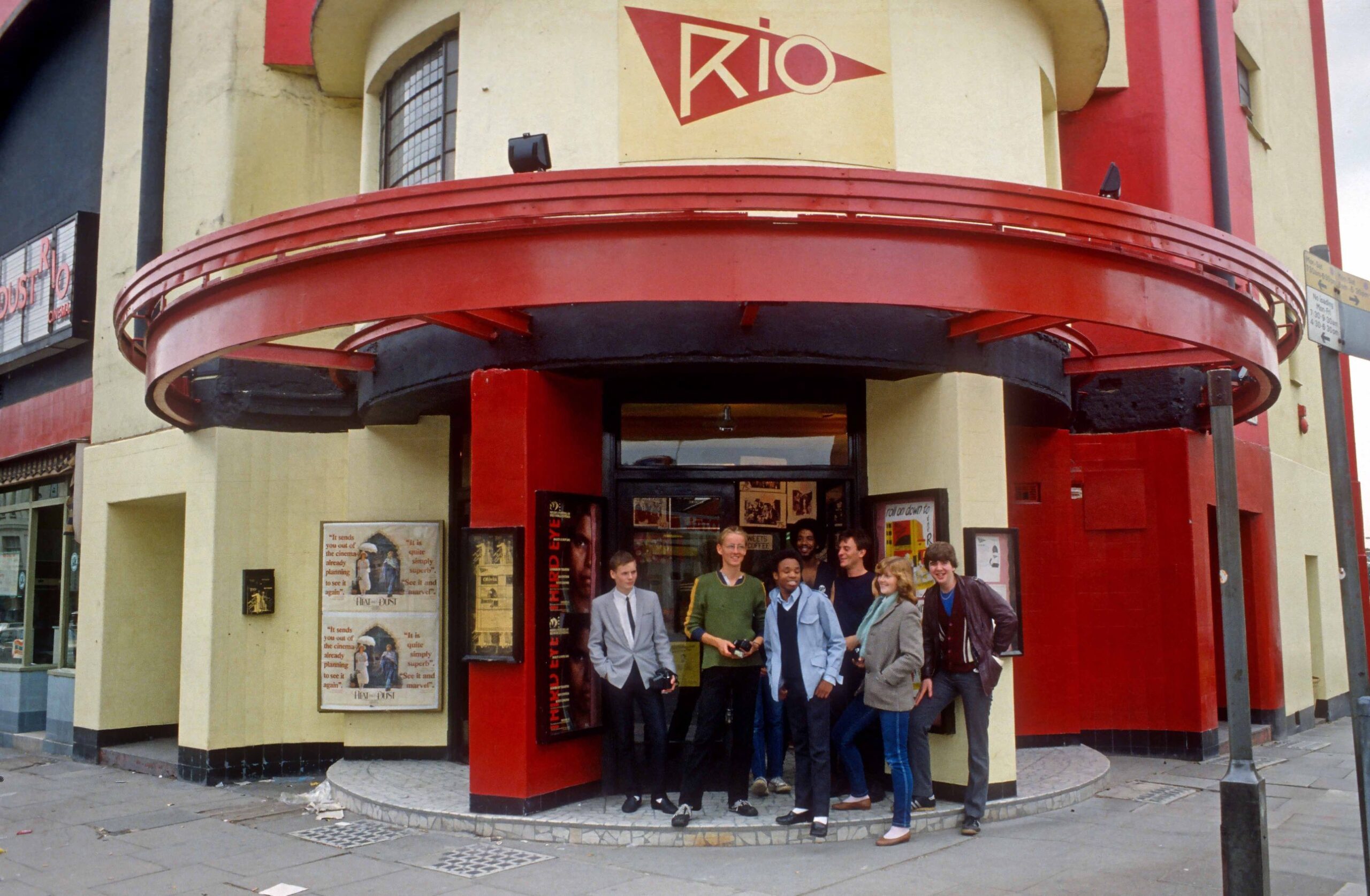 Politics in 2020 bears a striking resemblance to what was happening in 1983. With the elections of Reagan and Thatcher, Conservative populism was spreading across the western world. Facing the rise of right-wing Conservatism in the UK now, the photographers and archivists behind the Rio Tape/Slide Archive are working not only to revive the photographs, but the very spirit that started the project. Alan Denney, Andrew Woodyat (Rio Cinema), Max Leonard (Isola Press) and Tamara Stollare are the collaborators behind the project. I spoke to Tamara, a Hackney resident, photographer and activist about how art and community activism still plays a vital role in Hackney today. 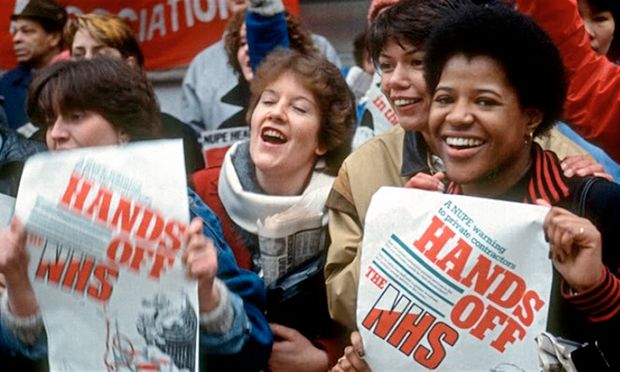 In the book’s foreword, Zawe Ashton writes, “Hackney isn’t so much a place as a vibration.” Hackney now beats to a slightly different drum, the vibration dulled with the growing threat of gentrification and rising levels of unemployment. Today, unemployment is estimated to be at 1.5 million. Although half of what it was under Thatcher, 60% of Britain’s unemployed are currently between the ages of 16-24, a significantly disproportionate figure. Whilst the borough has changed significantly over the years, there remain high levels of poverty and inequality, with 10.3% of the working age population claiming out-of-work benefits – the highest percentage of any London Borough.

These photographs bear much relevance in 2020, as they don’t only show us what came before, but can be used to teach valuable lessons about community spirit in times when it is needed the most. They show a period of great civil unrest. What is striking is the political engagement of every age group, from pensioners campaigning for safer pavements, to primary school children protesting the deportation of a Turkish family. I am wary of my nostalgia for a time that I didn’t experience and came with its own set of problems, but the photos give a sense of purity and hope that I don’t feel today. With polarised politics, the sentiment of young versus old is growing stronger than ever. These photographs can be used as an example that all ages can learn from; they show us that strength does come in numbers and nothing is more important than empathy and understanding. 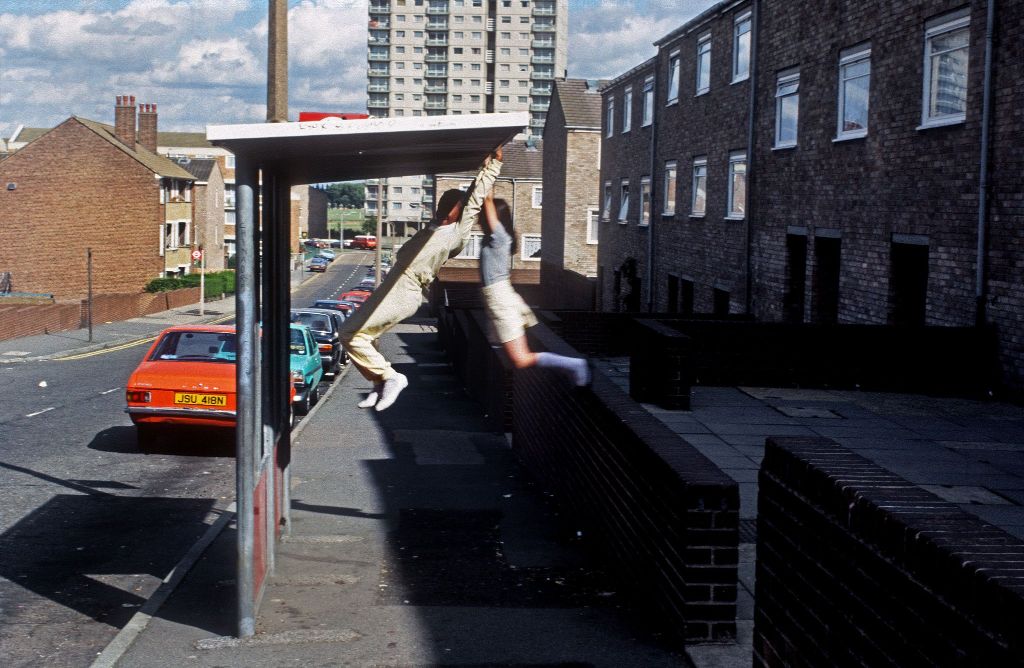 Hackney is a place of contrast and variety. In the photographs, we see the starkness of squat houses, defaced cars and rubbish heaps, alongside beautiful images of community togetherness. We see ‘Funk The Wedding: Rock Against Racism’, a free festival held in Clissold Park to protest the wedding of Charles and Diana. Pictures of Stoke Newington Festival paint a happy scene of clowns and children taking over Stoke Newington Common and John Cooper Clarke performs in Gillet Square. Ashton writes that “gentrification has washed so many of these images away”. In place of free festivals, Hackney now has unaffordable coffee shops, restaurants and boutiques.

Aware of my own hypocrisy, moving to this area as a white, middle class, young professional, I asked Tamara what I could do to help. For her, it’s vital to have a close relationship to the place you live, “It started when I started getting to know my neighbours. The more you can connect with people, and the more you can find out about this place and its history, the more you feel connected to it yourself.” As for the coffee, Tamara says the best cheap cup can be found on Ridley Road.

In the past, Hackney was a place that provided you with a stage if you needed it. In 2020, social media has negated our need for public displays of discord. However, tangible protest is still vital. Whilst activism used to be a physical act, with flyering, demonstrations, even storming town hall meetings, Tamara highlighted how online activism has contributed to the disconnect we often feel to the places we live. Where once we only had the choice to engage with what was directly in front of us, now activism and politics spans “across borders”. This is not to say that social media cannot be deployed as a tool for good, as the global spread of the Black Lives Matter movement and #endSARS protests show us how it can help advance under-represented campaigns. It has never been so easy to create new, online communities and garner the attention of new supporters and activists.

Art also plays a vital role in helping us understand the places we inhabit, and the very DIY nature of the Tape/Slide photography highlights how grassroots activism and art go hand in hand. “Being able to use a camera, and go out and explore something for yourself, I think there’s a real potential to grow as a person.” Tamara, who has lived in Hackney for over 10 years, developed a new relationship with the area when she started photographing Ridley Road Market. She told me that the act of picking up a camera had a similar effect on the members of the Tape/Slide Group. From interviews with the Tape/Slide members during the making of the book, she learnt about their experiences as young people documenting Hackney in the 80s. “Once they started looking through a lens, they were looking at the place where they grew up and their community in a slightly different way, they noticed things that they hadn’t noticed before. A closer relationship, on a political level, was growing between them and the place they lived.” Whilst the do it yourself nature of the Tape/Slide Group is wildly different to the curated feeds of today, Tamara believes it is imperative that we reconnect with the hands-on sentiment that was rife in the 80s. “We have to keep things local, DIY and see what we can do with the time and skills we have.” 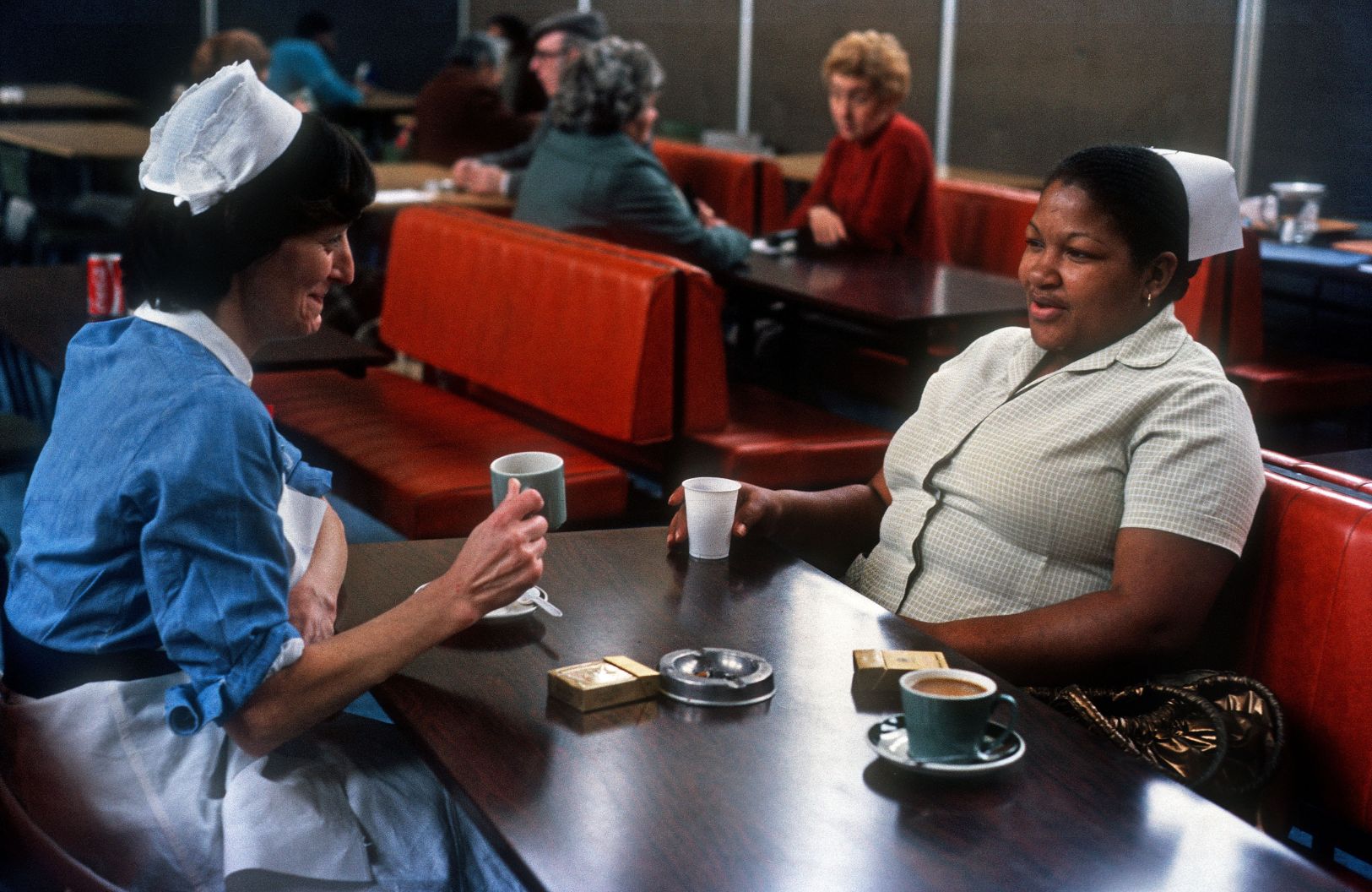 The fight for the future of Hackney is not over, and the removal of public spaces sits at the heart of the problem. Tamara is part of a campaign to save Ridley Road Market, working alongside Ridley Road stallholders, artists (Ridley Road Studios) and local people. Keeping in trend with the Tory government’s keenness for privatising public spaces, the area surrounding Ridley Road “has been marked as an opportunity site by Hackney Council for redevelopment.” The Save Ridley Road campaign aims to educate people on the complex issues surrounding the future of the market, which include plans for a new luxury apartment block and the enforcement of stricter rules that will make it difficult for vendors to continue selling at the market. Campaigners are encouraging people to write planning objection letters to the council and instructions  on how to do so can be found on the Save Ridley Road website.

To Tamara, Ridley Road is a special place. “I think it’s welcomed so many different groups of people over the years. What is really special is that communities have been able to make it a place of their own. Traders have said this is like a family. People will go to the market to do their shopping, but people also spend time there. It’s a real public space. I think that’s really needed, we need these spaces where people can just come and be.”

There is still hope for the future of Hackney. When I asked Tamara what a symbiosis between newcomers and the residents who are ingrained in Hackney’s architecture might look like, she noted the importance of supporting local business and facilitating the exchange of skills. She expressed a need for more local, free events that are accessible to all. Most importantly, “we need to spend time with each other, only if we get to know each other can we learn what’s needed and work together. And hopefully we can celebrate together eventually again, too.” The idea of a public celebration in 2020 seems a far-off reality, when so many people have so little to celebrate about. The constant onslaught of bad news has allowed so many to feel the weight of the world on their shoulders with no relief, but a celebration could be exactly what this community needs. 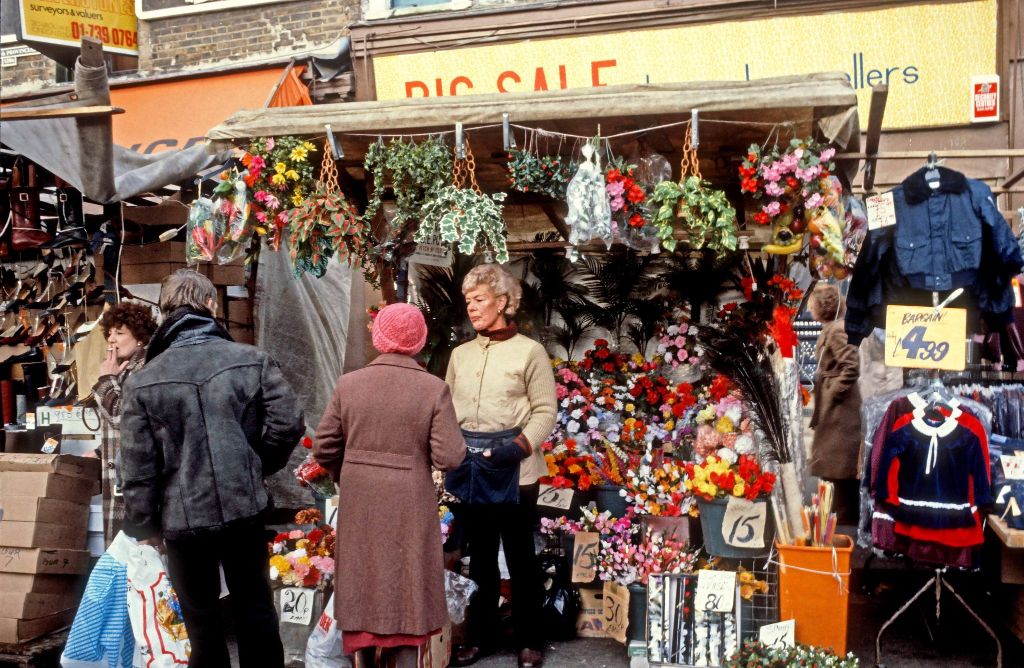 Throughout my conversation with Tamara, what shone through was her resourcefulness, her sense of practicality and the idea that anything can be done with what is available to you. If we think about community activism in this sense, inciting real change feels a lot more within reach. Tamara’s encouragement to start with the small stuff, by reaching out to your neighbours and shopping in local businesses, feels like a relief from the overwhelming anxiety that so many people are experiencing for the future of our country and our planet. Perhaps now is the time to connect with the people with whom we share streets and postcodes. If you live in Hackney, this archive is a great place to start. In 2020, the photographs tell a story of hope and resilience, showing us that joy and agency can still be found in the face of adversity.

The archive can be accessed for free at the Hackney Archives, or you can purchase a copy of the Rio Tape/Slide Archive book  online. 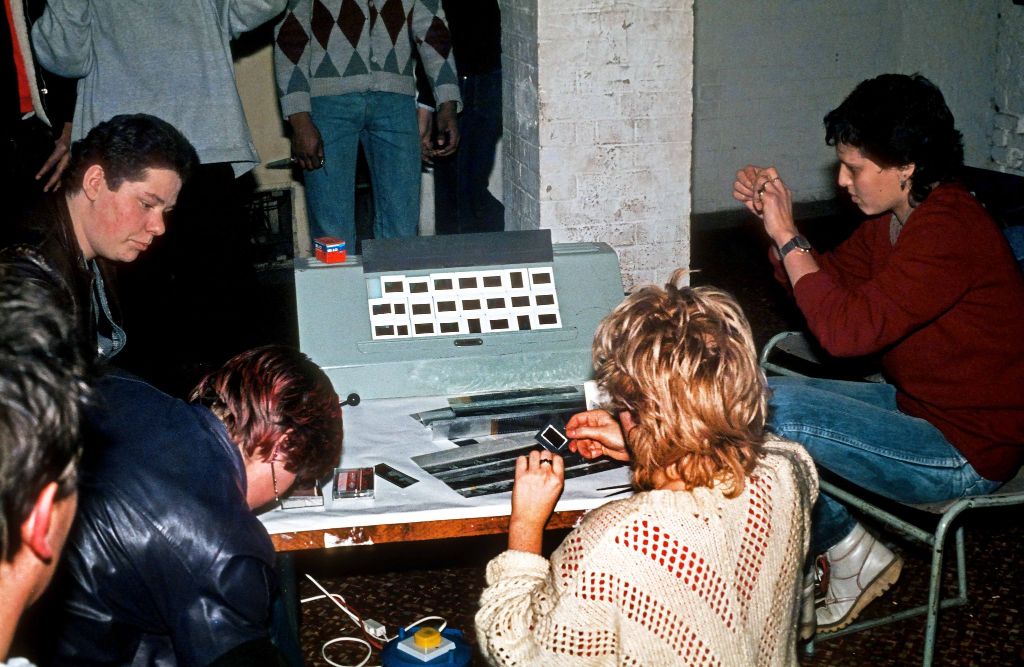 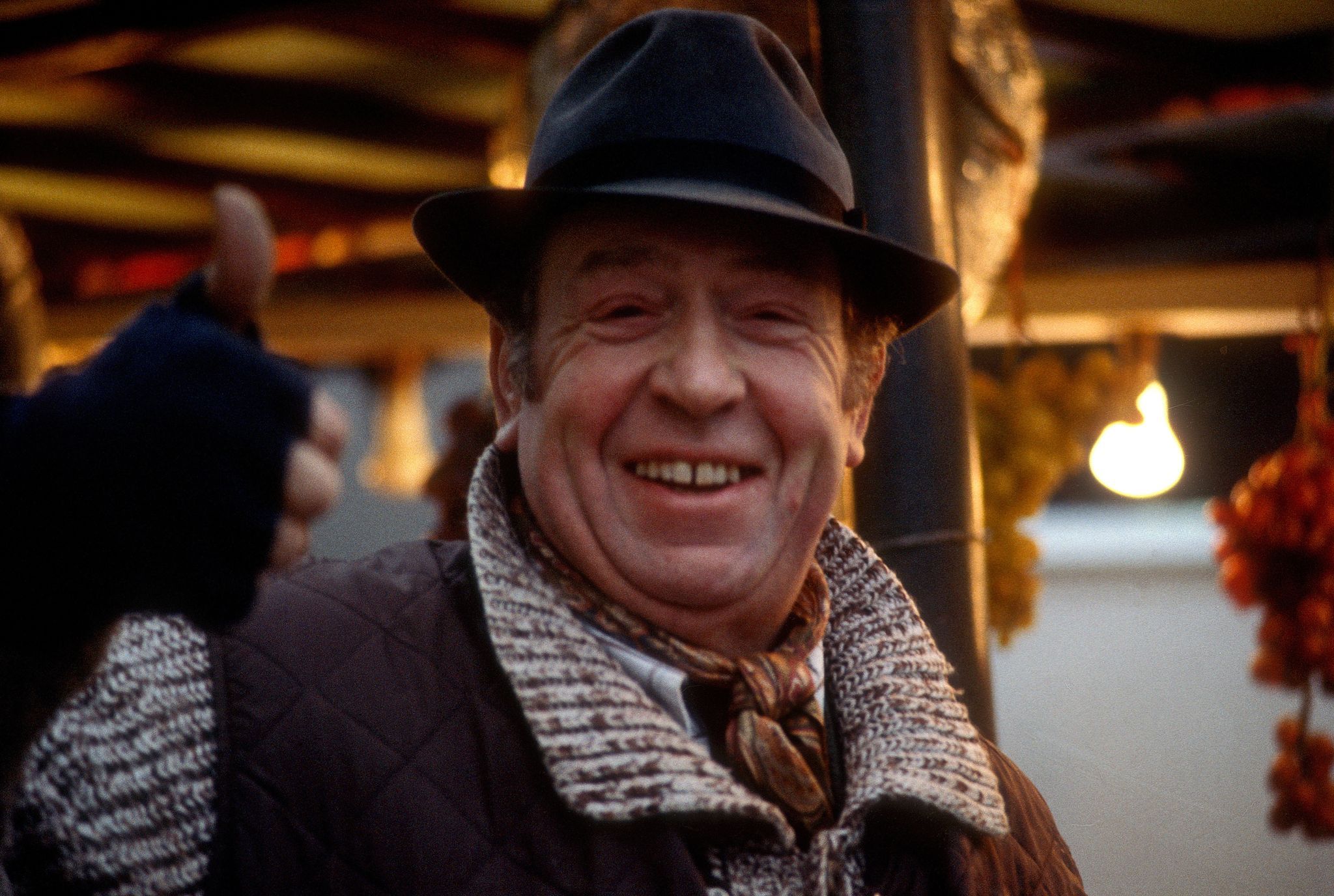 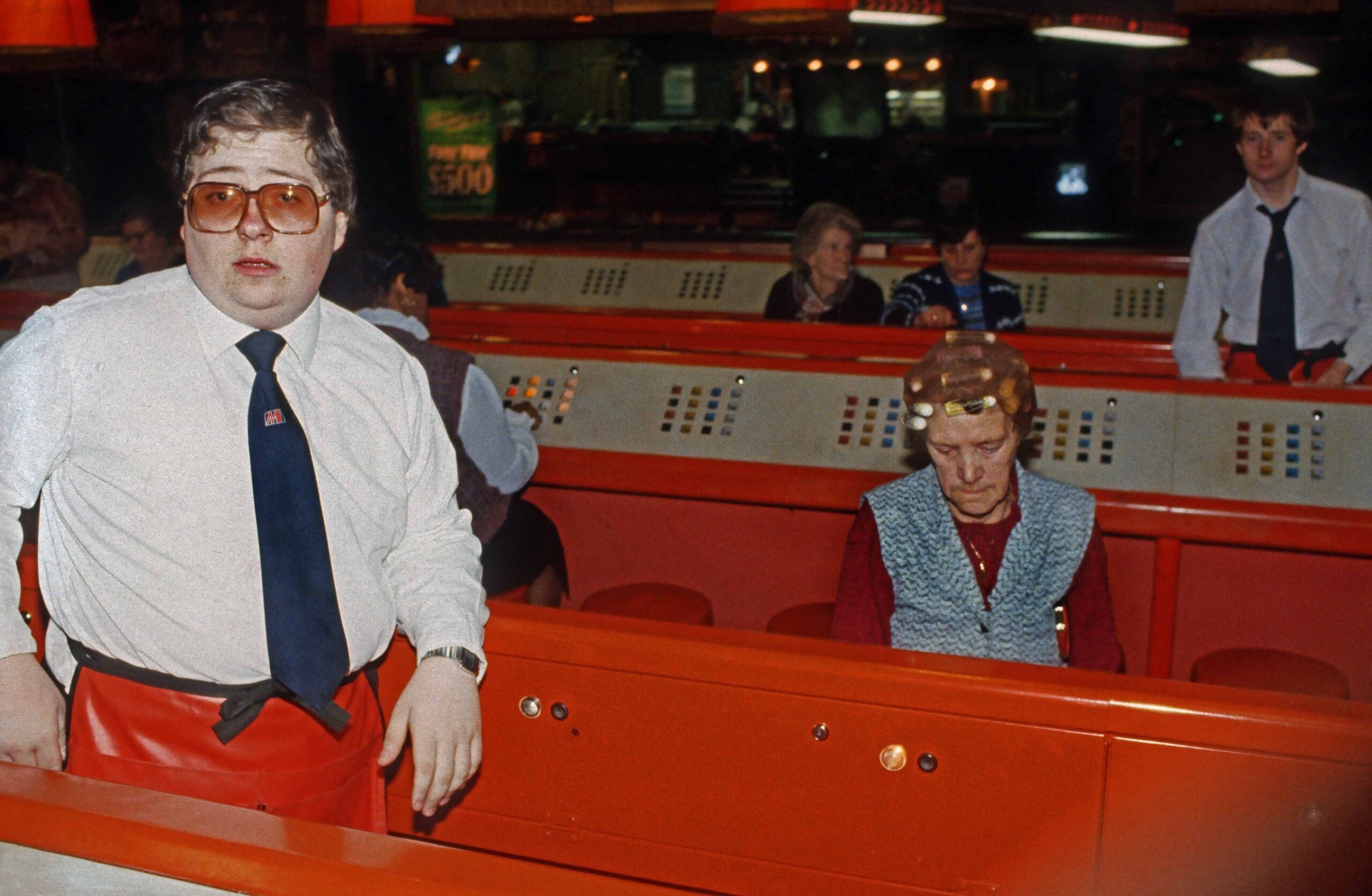 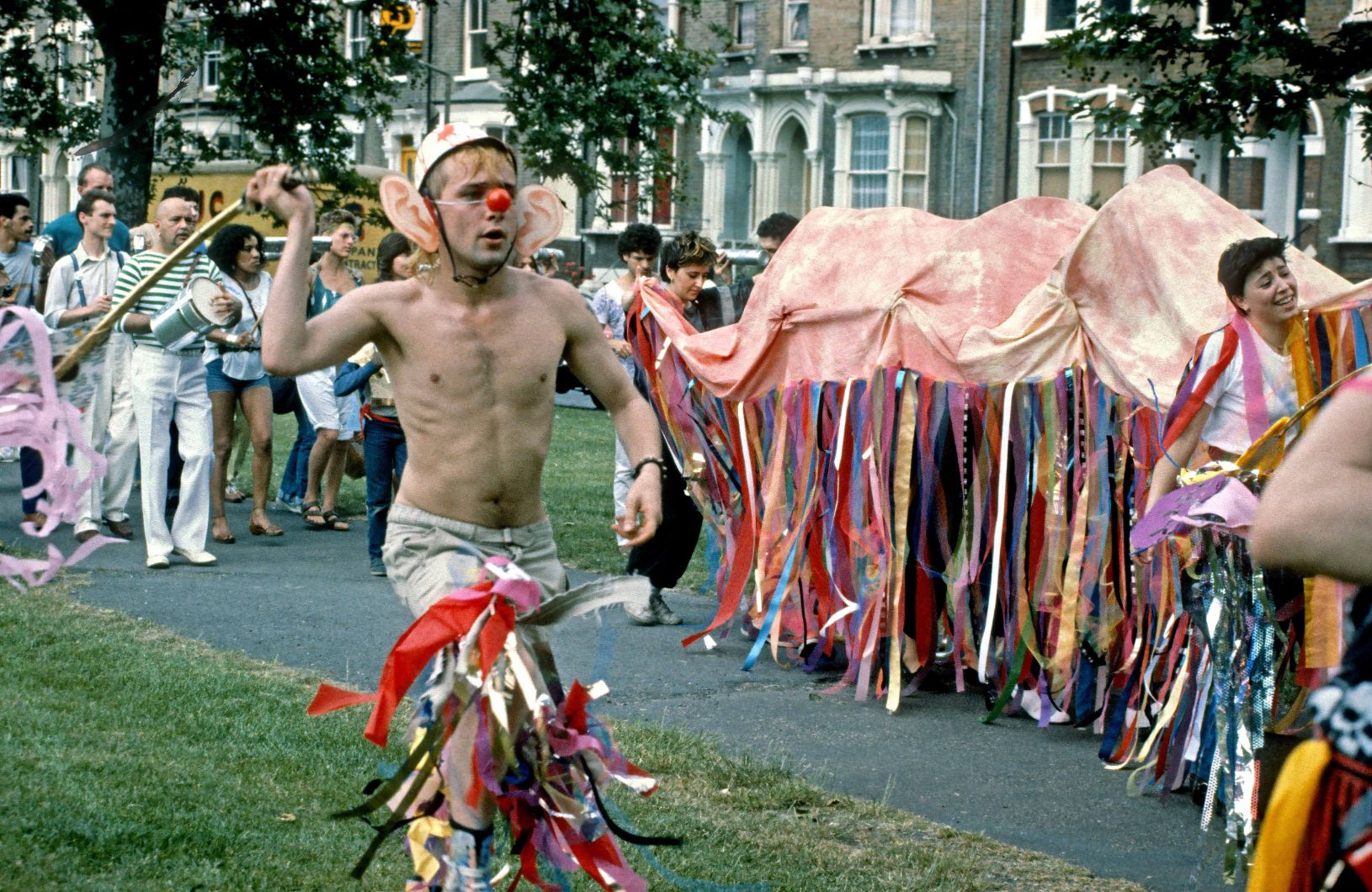 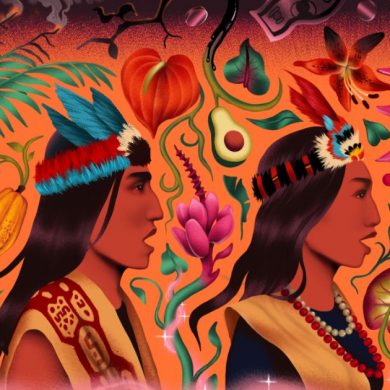