Throughout 2020, more than 1 million hectares of forests and wetlands were burned down in Argentina. According to the National Fire Management Service, 95% of these fires were caused by human activity. In March, the forests in Chubut, a province in the South of Argentina, started burning again. This resulted in over 200 people being evacuated from their homes. So, who is behind these fires? Or rather, should we be asking: what businesses are to blame?

According to information from the National Institute for Space Research (INPE) of Brazil,, which detects ‘hotspots’ through satellites, in 2020 there were 74,113 active fires in Argentina – over a 50% increase from the previous year.

The last daily report of 2020 from the Argentinian National Fire Management Service (SNMF) showed that 115,1931 hectares burned throughout the country. There are multiple geographical factors which cause the fires, once started, to spread: a drought in different regions of the country, the El Niño weather phenomenon and a historical low in the flow of the Parana River. However, we must not forget that behind each spark there are people, and behind the people there are business interests.

Who is behind the fires?

There are three major culprits behind these fires: the agri-businesses, mining industries and real estate moguls. When their interests combine with the deficient state practices, including lack of regulation, prevention and training, it creates the perfect condition for fires to rage.

Let’s look first at the agricultural sector, which generates 60% of Argentine exports. This sector is largely supported by the government and big private enterprise, which since the 90s have been pushing homogeneous farming of livestock and soybeans in the country. This has led to the sector being heavily dependent on the clearing of land for production. And so within this process, fires come first, then cows, and finally soybeans. To make matters worse, the controlled burning of grasslands, which is normally regulated to ensure the growth of young grasslands is now being pursued without protocol. This, alongside certain climate factors, ensures fires become out of control. Fire, fire and more fire.

The next culprits are in the mining industries. The fires have continued to rage relentlessly as we move into 2021, and at the centre of this devastation is the province of Chubut, which made headlines over a long-standing debate on mining development. It is a mountainous region rich in gold: unfortunately, the extraction of this precious metal requires the destruction of hectares of forests. Therefore, in order for these mining businesses to develop, forests must be eliminated in their entirety. This is where the fires come in – justified by experts as the way for “development”.

Finally, we have the real estate sector. An corrupted industry in Argentina which focuses on luxury builds rather than addressing our housing deficit of 3.5 million homes. The real estate sector continues instead to push for the construction of gated communities and gilded towers for the privileged few. To make matters worse, this construction often occurs in spaces which forests and wetlands used to occupy, making the real estate corporations one of the main culprits in this catastrophe. A clear example of how this sector is related to the fires happened last year, when a real estate agency in the Province of Cordoba offered for sale lots which had supposedly burned.

Is there a way forward?

At the end of 2007, the National Congress approved the Native Forests Law. Amongst many other things, this law outlined protections for forests through an ordering process with a focus on sustainability and conservation. The law proposes that each province creates and updates an “OTBN” (territorial ordering of native forests for its acronym in Spanish). This OTBN is, in short, a map that classifies all forests in three colour coded categories for their conservation value, going from the least protected (green) to the most protected (red). This classification also relates to the amount of private development which can occur on the land. The OBTN process, which is supposed to be open and participatory, has time and again been corrupted by self-interested businesses and individuals. Certain provinces have either pressured for a lower level OTBN to allow development, or delayed the creation or update of their OTBN so deforestation could go on in patches that otherwise would have been disallowed under their OTBN. The Native Forest Law still faces many limitations including systematic under-financing and poor enactment. Yet this law is still a great tool by which we can protect these ecosystems: if well applied, it could help prevent future fires.

Another legislative beacon of hope is the new draft of the proposed Wetlands Law. This would potentially award greater protections to wetlands and curb development. However, this is far from being ratified and has been debated since 2013. This delay is due to interests of politicians in both  congress and the senate, aligning closer with the  fire burning industries mentioned above than sustainable development.

In the context of the climate crisis in which we find ourselves, where extreme events such as droughts are becoming increasingly frequent, it is vital to protect the few square metres of forests and wetlands that remain in Argentina. There must be a real political decision to advance with the Wetlands Law by the Congress and the Senate and to properly fund and implement the National Forests Law by the executive branch. The last round of fires in 2021 killed at least two people and resulted in hundreds being evacuated from their homes. We cannot let this ecocide become normalised. We just have to see if our decision makers are up to the task. 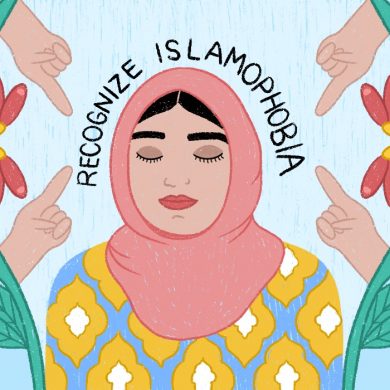